Top Posts
My life through the Covid-19 Pandemic
Is Decluttering Good For Your Mental Health? Part...
Is It Okay Not To Be Okay? COVID...
Looking Back At 2020
Meet The New Regular Guest Poster For The...
Surviving 12 Days Of Elf On The Shelf
Looking Back At November 2020
Christmas Movies – 24 Movies You HAVE To...
Everything That You Need To Know About Clomid
How To Enjoy Christmas 2020
Home » Boobs and Bottles – My Breastfeeding Journey
Breastfeeding 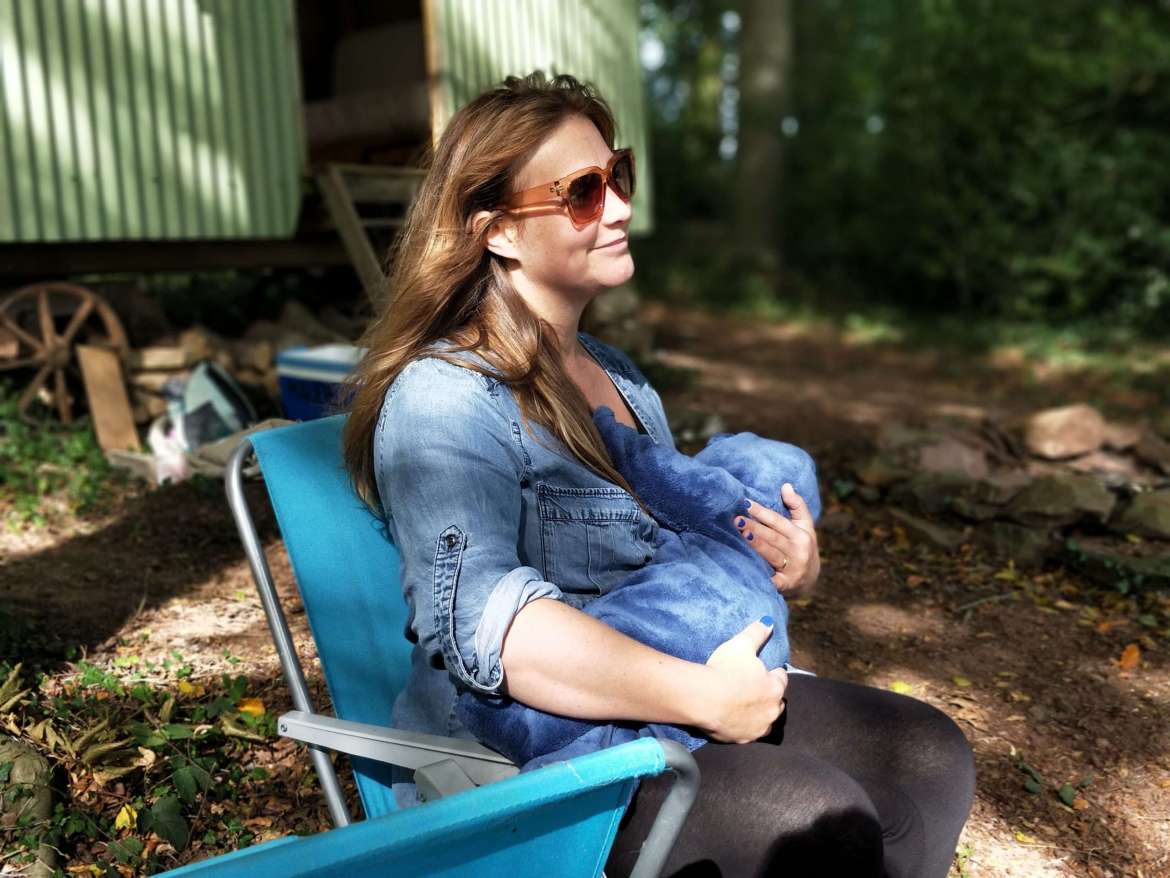 I’m going to talk about breastfeeding in this post and this is for two reasons. Firstly, due to a story in the news about a mum that was asked to cover up when feeding her child on a plane.

Now, I can kind of see both sides of this story. Why should the mum cover-up? Breastfeeding is natural. You wouldn’t ask someone to cover up if they were giving the baby a bottle. How would you feel if you were out eating and someone asked you to cover your head? Would you like it? Just because you don’t agree with it, doesn’t mean it has to be censored.

However, it does depend on how the mum was breastfeeding the child. I can understand being asked to cover up if she’d whipped both baps out! But really, that’s the only time a mum should be asked to be a bit more discrete.

Can You Be Discreet And Breastfeed?

Saying that it is not always possible to be discreet. I remember when I was new to breastfeeding, I tried to spend the first few weeks at home because I literally did need to get my whole boob out to feed. I would be so nervous when out in public when it came time to feed. What if someone made a comment? What if they were rude? Will people stare at me? Will I be asked to leave?

Also, it was so difficult always trying to find the best outfit to breastfeed in. Luckily in my local town centre, there are designated baby feeding rooms, where you can sit and pull a curtain across for privacy. When I didn’t have that option Daz would dance around me with muslin, trying to keep me covered until I had Baby J latched on.

Once Daz was back at work I was on my own with breastfeeding in public. I would see other mums, breastfeeding with ease and confidence and would be so jealous! I managed with muslins for a while but then I discovered a breastfeeding cover. It was a bit like an apron and covered you up while feeding. Perfect. For a while anyway. Eventually, Baby J was big enough to decide that he no longer liked being covered and would try and pull the cover away. Fine, let’s try without. And actually, it was absolutely fine.

We’d both gained so much confidence with feeding that we both found it easier. Except for when Baby J decided that he would like to see what was going on and would whip his head around leaving me exposed and shooting milk everywhere. Glamorous, right?

And the second reason for talking about breastfeeding; The ending of our breastfeeding journey. I was both very sad and relieved about ending our journey.

It made me sad because I loved the connection and bond that it gave me with my son. But equally, I just wanted my body back! I was pregnant for 86 weeks (okay 42 weeks but it felt like longer!) I breastfed for over 1 year. It works out at 97 weeks that my body was used for! Which I don’t mind at all, but I think that we were both ready to stop.

I never had a set time for how long I was going to breastfeed for, it was always just ‘for as long as I can’. I always thought that I would stop if I ever got mastitis (absolutely awful, painful boobs with flu-like symptoms that you need antibiotics to clear up) but I got that once and carried on feeding. Then I always said once Baby J gets to 6 months and starts on solid food I’ll stop but it was just easier to carry on. Then I said once he gets teeth then I stop. Well, that didn’t happen.

One of the reasons that we have breastfed for so long was due to Baby J not taking a bottle. No matter how hard we tried, he just would. Not. Take. A. Bottle!! There was screaming, crying and tantrums. Baby J wasn’t too happy either. (Yes, sis, you did warn me, I know!!)

What’s extra annoying about Baby J not taking a bottle is fact that me and Daz spent hours trying to find a steriliser. We went back and forth between shops before deciding on one. And now, it’s just collecting dust. So yeah, that was a big fun waste of time.

Once Baby J was just nearing one and stopped waking up so much in the night we decided to gradually cut down the feeds. Baby J was on 3 meals and about 27,000 snacks a day so I was confident that he was getting enough food! We cut out the lunch feed first as we were usually out and about and busy. Plus, Baby J was too nosy to feed for long.

We cut the breakfast feed soon after. Probably because we were running late to a group and didn’t have time!

The bedtime feed was the last one to go. I thought that this would be the most difficult one to stop but actually, Baby J must have been ready as there was no fuss from him at all.

Now, I realise that I have been extremely lucky with my breastfeeding journey. I never had to worry about supply issues, cluster feeding (where baby will be latched in you for hours or they have a lot of short feeds in a short space of time) Baby J didn’t have a tongue tie and Daz and my family have all been supportive. I have heard story’s and have friends that haven’t had such an easy ride.

The only time that I would suggest to a mum to give up breastfeeding if it’s affecting her mental health. Breastfeeding can be so difficult and some mums can put so much pressure on themselves.

Now, I’m not saying to give up straight away as you do need to work at it and get over the tough part before it gets easier but if it does negatively affect you then do not feel guilty about giving formula.

At the end of the day you being well and able to look after your little one well is more important than trying to persevere with breastfeeding.

I think if I had any hints or advice for mums thinking of breastfeeding they would be:

We stopped feeding at age 1 because it felt like the right time for us. You may decide to stop before then or carry on past the age of 1. You need to do what feel is right for you and your family.

I think whether you breastfeed longterm, short term or bottle-feed your baby it’s nobody else’s damn business. At the end of the day, it’s your baby and it’s your (and your partners) decision, no one else’s. And anyway, who asked their opinion?

I’ve never bought into the whole thing of breast is best. As long as your baby is getting what they need what does it matter if it’s boob or formula? And why should it matter to anyone else? It shouldn’t and if it does, tell them to politely fuck off go away.

You got this mama. You’re doing an amazing job.

When 2 Became 3 – Life With A Newborn

Focus on You – Ellie’s Story – Breastfeeding

The clutter in my house is affecting my mental hea

A Little Saturday morning reminder for you. I ado

Is anyone else always STARVING at the moment? Hope